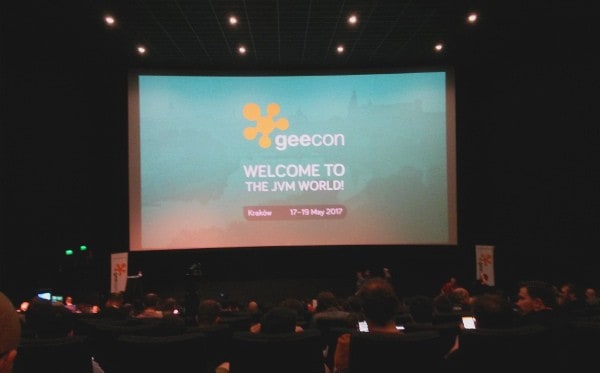 Every year, Krakow welcomes some of the biggest industry names to talk about Java and everything related. This time, PANTHEON.tech couldn’t miss it. 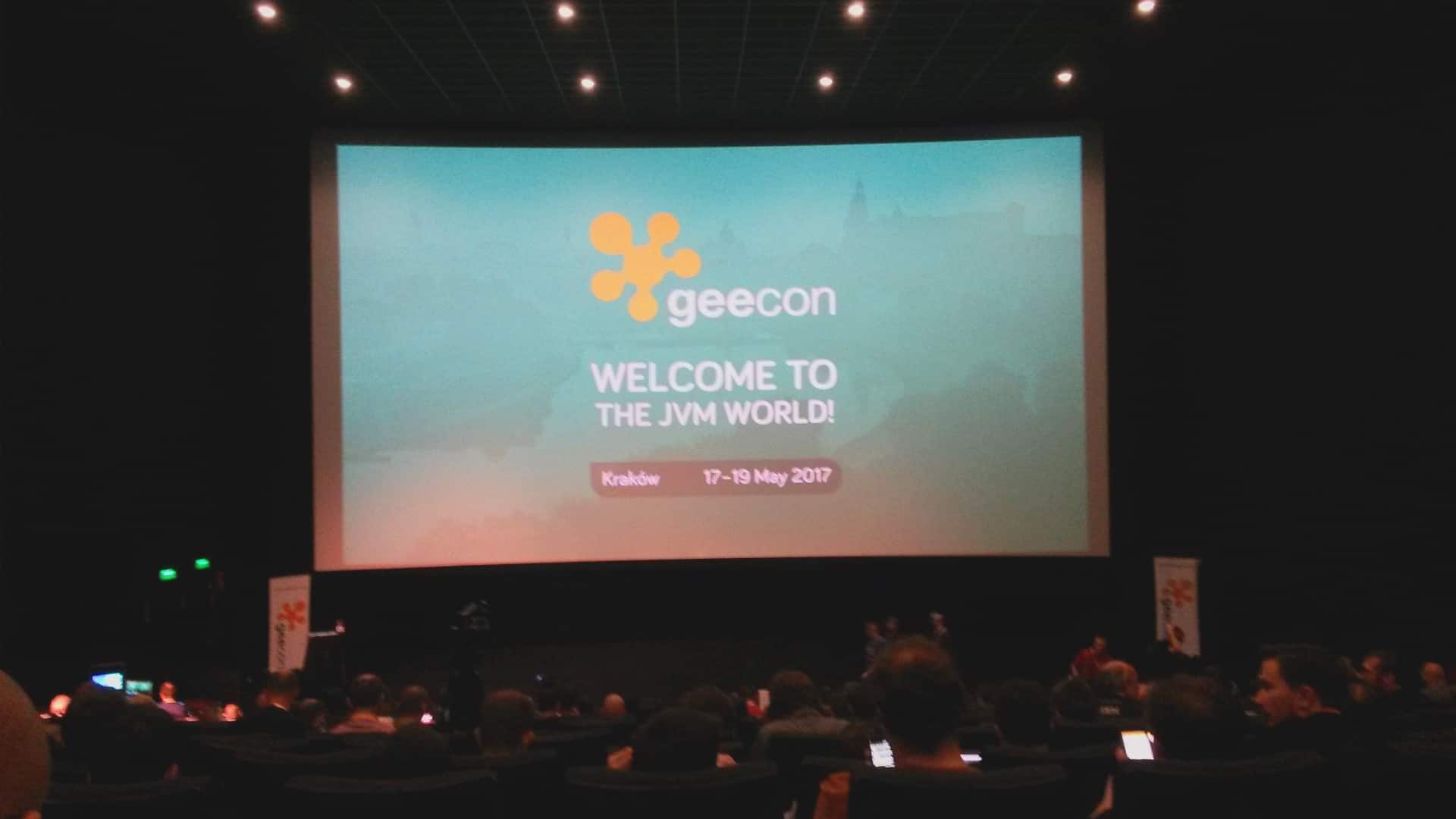 
The proverbial long and winding road does exist. It sits between Žilina in northern Slovakia and Polish Krakow. After a couple of hours of tiresome driving, we’ve safely arrived in the city. It was a lonesome journey with only radio Pogoda keeping us company by talking gibberish and playing some traditional Polish songs (also in gibberish). The city of Wypadki is surely a magical place. A place where trucks have voting rights and bikers outnumber pigeons 3 to 1. Unfortunately, there was no time to explore further. We checked-in and prepared a schedule of talks to visit.

GeeCon took place in a well-equipped multiplex near the city centre. As it turned out, the venue was not built for this type of events. The corridors‘ bottleneck started to fill with attendees blocking the passage to talk rooms, and you could have spent the whole breaks standing in line in front of a bathroom.

However, the 2017 GeeCon brought out the big guns right at the beginning. David Moore from Sabre showed us the true meaning of “experience.” Although his talk had a rather bland title “Platform and Product Evolution at Sabre”. He touched a broad spectrum of topics – from organizational structures and their need to reflect the software architecture to his hatred towards “layered-cake” architecture designs.

Next on the schedule were some sub-par talks about Java 9 in general, mixed with some never-ending Docker hype, CUDA computing, and introductory profiling. And then we got the juicy stuff. Milen Dyankov from Liferay was not afraid to speak openly about the state and purpose of Jigsaw, the need for the OSGi, and where it all fits together. Great talk for an audience of all levels of familiarity with modular concepts in Java. And of all genders, of course.

We were really pumped up for Monica Beckwith’s talk boldly called “Java Performance Engineers Survival guide”. The abstract was attractive and her CV was quite impressive: JavaOne rock star, previously working in AMD as performance engineer, then Sun, later at Oracle working on GC. Suffice to say, the expectations were really high. However, this was probably the biggest disappointment of the entire event.

We ended the day with a dry sauna back at the hotel and went to sleep.

Third day with Java and Avast

After such an exhausting first day, we started with a well-prepared soft-skills talk promising to improve our client presentations, only to continue with the trend of microservices and reactive programming. Right before lunch, Jarosław Pałka showed us the magic of bytecode. It stood up to the high anticipations and made us want to –javaagent something.

Avast people demonstrated how to utilize Docker in production and Marcin Grzejszczak explained the idea behind consumer-driven contracts of APIs. This certainly got our attention and we will consider it for future projects.

After Steve Poole’s light talk about Java vulnerabilities, we headed back to the hotel to get ready for the biggest IT party of the year. A large club located inside an old fort hosted geeks the entire night and they seriously did show their mad dancing skills, as you can see in the photo.

Fourth day, after the party

The morning after the party, waking up was a bit more painful. We ate the breakfast quickly and checked out. 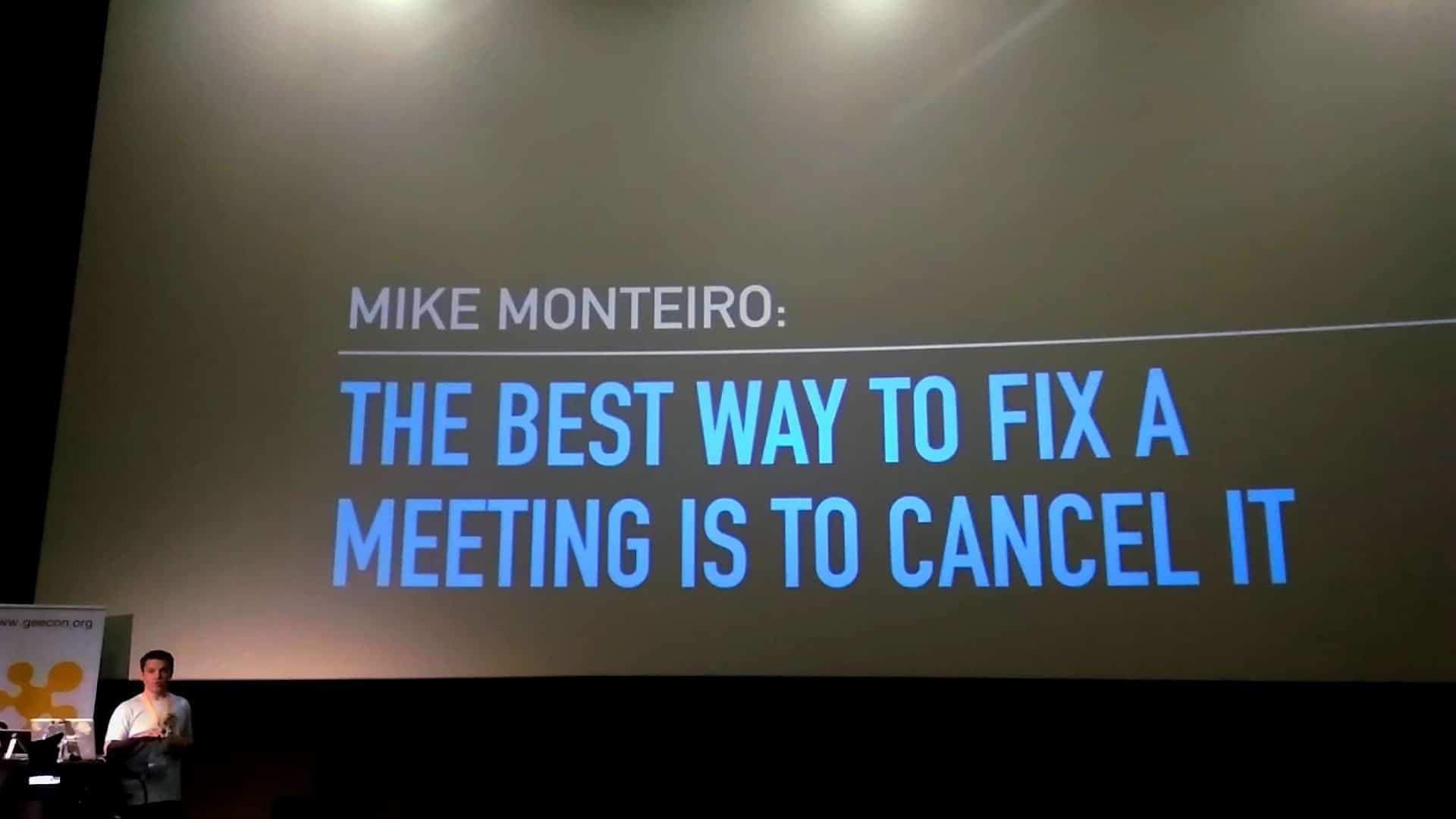 Even though the party was hard, the audience listened carefully at the first presentation about interrupted exception. We decided to fork us and take a part at different presentations. To the roots of JVM – Java native runtime and another hype – Akka (full auditorium with no spare room left). Later on, we continued with some general JavaScript and JPA lectures.

We joined together at the presentation called “Distributed systems explained (with NodeJS)”, given by Bruno Bossola. Our long-standing question on how to do testing properly was answered by Anton Arhipov – TestContainers. 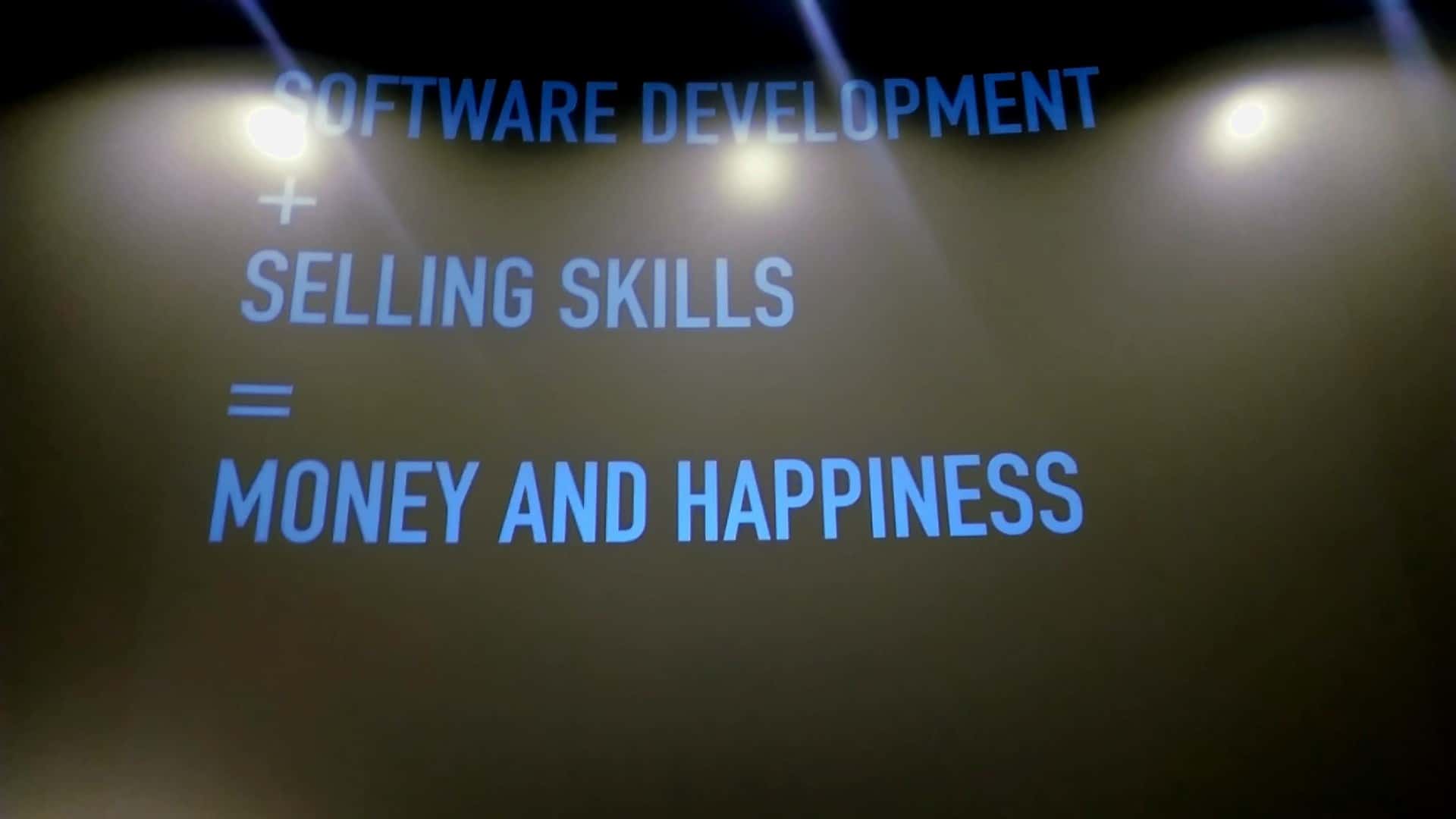 There was a great presentation about code generation and the reasons why we should generate configurations instead of code at the very end of the conference. Here we felt as if the future was already here. Rod Johnson presented Atomist – a bot for Slack.

Thank you to PANTHEON.tech and to the organizers of GeeCon for this amazing experience.