lighty.io is a Software Development Kit (SDK) which provides components for the development of Software Defined Networking (SDN) controllers, based on commonly used standards in the networking industry. We have used our experience from the OpenDaylight (ODL) to create lighty.io, which will empower you to simply develop, integrate and deploy a tailored SDN controller.

An SDN controller plays an essential role as an orchestrator of networking infrastructure in 5G networks. It is used not only for the configuring and monitoring of the physical routers and switches, but also for managing virtual networks of Virtual Machines (VMs) and containers. Among many great benefits of an SDN controller (or set of interconnected SDN controllers) is that it has a holistic view of the network. An SDN controller is also used for connecting User Equipment (UE) or Customer Premise Equipment (CPE) to data centers and enables technologies such as network slicing and edge computing to be used in the 5G.

Network slicing requires the ability of configuration and monitoring of all networking devices (physical or virtual) along the path of the traffic. For edge computing purposes, it is necessary to automate the configuration of the devices in order to support 5G scenarios such as UE registration. The SDN controller enables technologies such as network slicing and edge computing to be used in 5G. 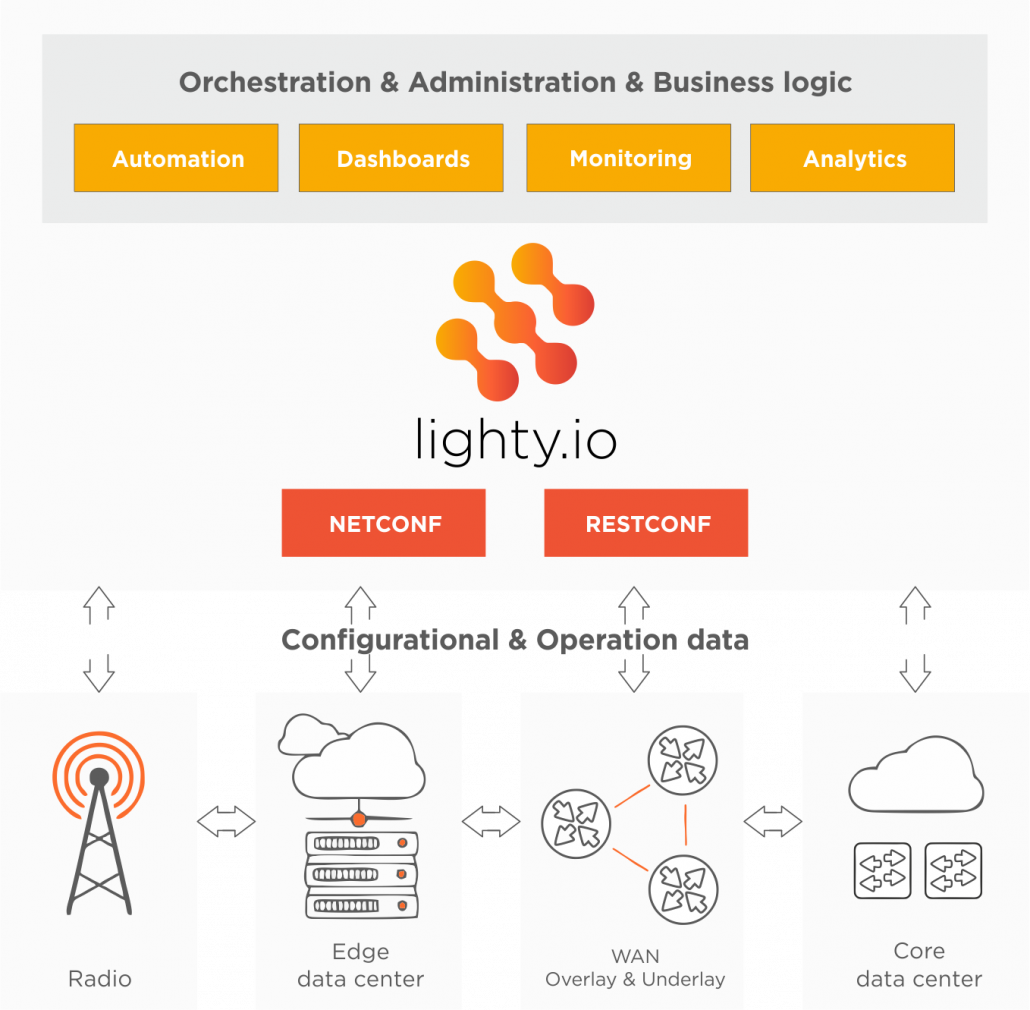 Figure 1 (above) shows how the SDN controller based on lighty.io uses southbound plugins to read and write configuration and state of networking devices of WAN network and physical or virtual networks in data centers both core and at the edge.

lighty.io supports many south-bound protocols for network orchestration, such as NETCONF and RESTCONF protocol plugins.  The number of vendors and devices supporting these protocols grow every year. We believe that many devices and appliances in Radio, Edge, and WAN will speak these protocols in the 5G era. lighty.io also contains Pantheon’s SNMP SB plugin for integration with legacy systems, and for heterogeneous environments where the old and the new mix.

The modular architecture of lighty.io allows adding new plugin implementations to other protocols. lighty.io exposes the configurational and operational data of all the devices to an upper layer where a business logic of administration and automation applications can be implemented. The APIs can also be accessed remotely via the REST API and other communication methods can also be implemented as northbound plugins. These upper layer applications can be designed as micro services or as a part of the SDN controller.

As mentioned above, it is necessary to use an SDN controller also for orchestration of virtualized networks in data centers. An open source project FD.io is one particular example of using such technology. FD.io implements configurable data plane running in user space level, not in kernel space level. Thanks to this feature, the FD.io data plane can be deployed as an ordinary micro service e.g., as a container. FD.io can be used for interconnection of containers or VMs in data centers and it is possible to orchestrate all of the instances of FD.io by lighty.io based SDN controller.

Figure 3: An example of a 5G network and integration with other IoT networks

Among connecting mobile phones and tablets to the network, 5G will also enable a vast number of Internet of Things (IoT) devices to be connected to the internet and to communicate directly with each other. IoT solutions can leverage SDN controllers for similar purposes as other 5G technologies do. Specific VNFs for IoT can be deployed and orchestrated by an SDN controller, whether that be at the edge or in the core data centers. Network slicing could be used for smart cars and smart cities solutions as it is shown in Figure 3(above)

This way the 5G networks will enable adoption of IoT in everyday human life. The number of IoT devices expected to connect to internet in upcoming years is substantial. According to Gartner’s predictions, IoT technology will be in 95 percent of electronics by 2020 [1]. According to another forecast from Cisco, 50 billion devices would connect to the internet by 2020 [2].

Here is a brief summary of features and benefits provided by lighty.io:

Ready to test how lighty.io works? Send us an email at sales@lighty.io and we will provide you with a trial version.