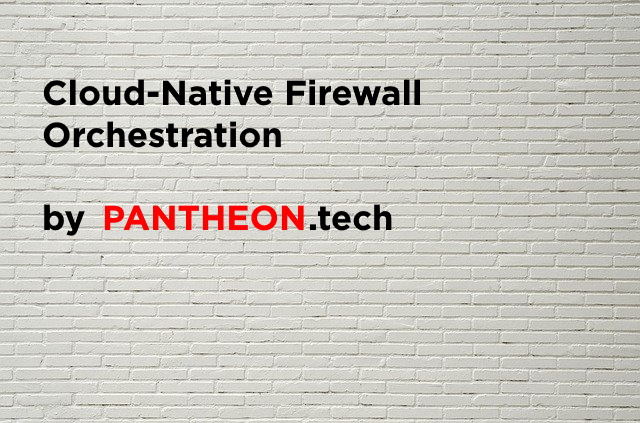 by Slavomír Mazúr | Leave us your feedback on this post!

PANTHEON.tech s.r.o., its products or services, are not affiliated with ServiceNow®, neither is this post an advertisement of ServiceNow® or its products.

ServiceNow® is a cloud-based platform, that enables enterprise organizations to automate business processes across the enterprise. We have previously shown, how to use ServiceNow® & OpenDaylight to automate your network.

We will demonstrate the possibility of using ServiceNow®, to interact with a firewall device. More precisely, we will manage Access Controls Lists (ACLs), which work on a set of rules that define how to forward or block packets in network traffic.

The Now® platform offers, among other things, user administration, which allows us to work with users, assign them to groups, as well as assigning both to roles, based on their privileges. In this solution/demonstration, two different groups of users, with corresponding roles are used.

The first group of users are requestors, which may represent a basic end-user, employees, or customers of an enterprise organization. This user can create new rule requests by submitting a simple form. Without any knowledge of networking, the user can briefly describe his request in the description field.

This request will then be handled by the network admin. At the same time, users can monitor their requests and their status:

The custom table used in the request process is inherited from the Task table, which is one of the core tables provided with the base system. It provides a series of fields, which can be used in the process of request-items management and provide us access to approval logic.

Network admins form the second group of users. They receive requests from end-user and decide, if they will fulfill a request, or reject it.

If they decide to fulfill a request, they have an available, extended view of the previous form, which offers more specific fields and simply fills the necessary data. This data represents the ACL rule information, that will be later applied. There are several types of rules (IP, TCP, UDP, ICMP, MAC), and different properties (form fields) must be filled for each of these types.

NOTE: It is possible to add another group of users, which can for example fill details of the rule. This group will create another layer in the entire process, network admin then may focus only on requests approval or rejection.

Network admin has an existing set of rules available, which are stored in tables, according to their type. Existing rules can be accessed from the Application navigator and viewed inside of the created rule request, which the admin is currently reviewing. Data in tables are updated on regular intervals, as well as after a new rule is added.

The network admin can decide to approve or reject the request. Once the request is approved, a flow of actions will be triggered. Everything after approval will be done automatically. A list of existing rules is GET from VPP-Agent, using the REST API call. Based on the type of ACL rule, the corresponding action is performed.

Each action consists of two steps. First, the payload is created by inserting new rules into a list of existing rules (if ACL already exists) or creating a new Access Control List (ACL). In the second step, a payload from the previous step is sent back to VPP-agent, using the REST API. At the end of this action flow, tables that contain data describing existing rules are updated.

ServiceNow® applications need to communicate with external systems due to data transfer. For this purpose, the MID server is used, which runs as a Windows service or UNIX daemon. In our case, we need to get a list of existing rules from VPP-Agent or send a request to VPP-Agent, when we want to create or update rule. The advantage of a MID server is, that communications are initiated inside the enterprise’s firewall and therefore do not require any special firewall rules or VPNs.