The development of OpenDaylight Sodium is already producing significant improvements, some of which are finding their way to the upcoming Service Release of Neon.

These are the test results for OpenDaylight Neon SR2. We have recorded significant improvements in the following areas:

These enhancements will also be present in the future, long-awaited release of Sodium. 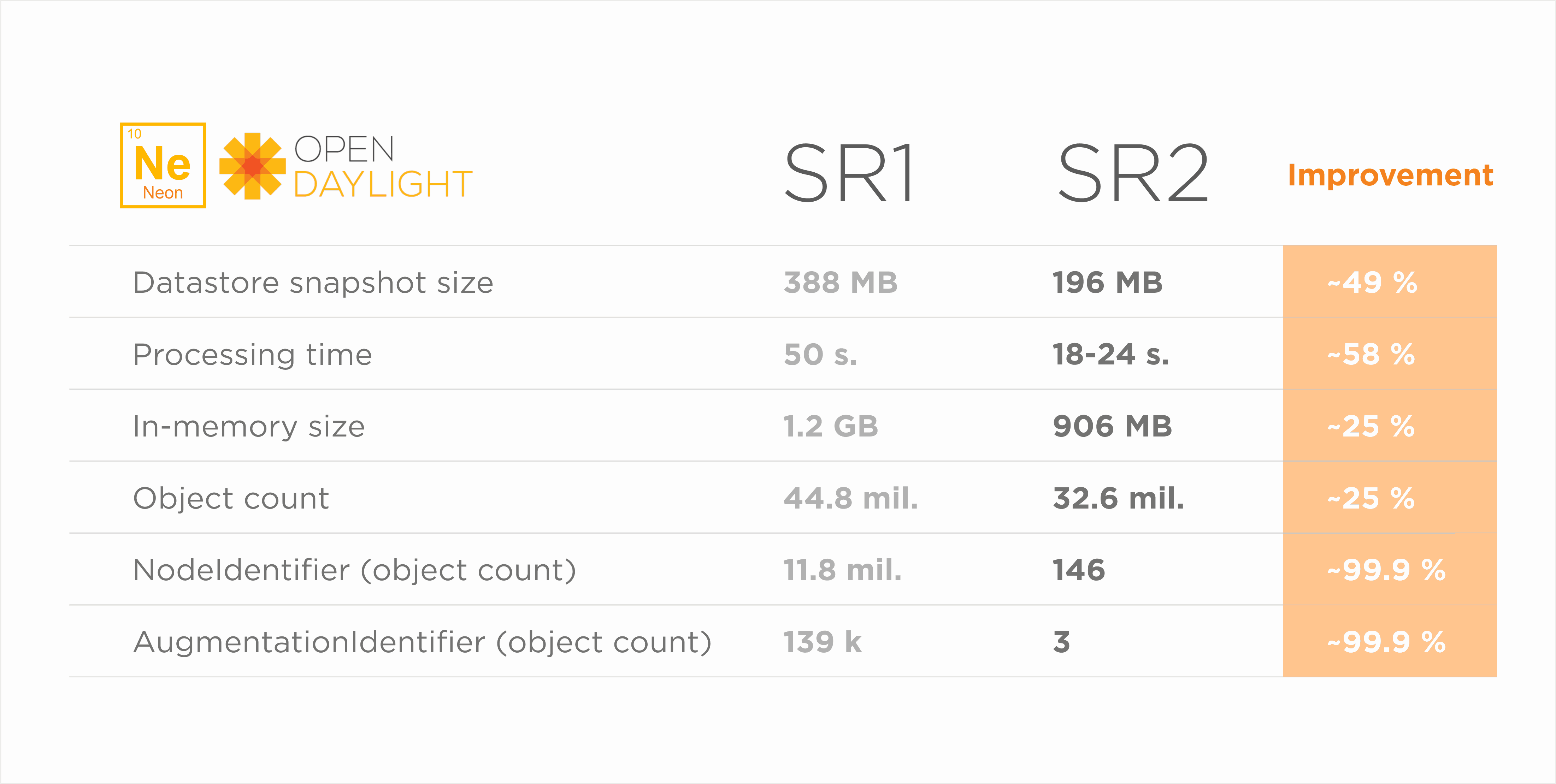 PANTHEON.tech’s CTO, Robert Varga, is currently the top-single committer to OpenDaylights source-code, according to recent reports. PANTHEON.tech also resides as the number 1 contributor to its source-code.

Bitergia, a software development analytics company, regularly tracks the number of commits to OpenDaylight – based on single commiters and companies. OpenDaylight plays a significant role in PANTHEON.tech’s offerings and solutions.

Apart from PANTHEON.tech’s position as a top contributing organization to ODL, PANTHEON.tech has always been a strong supporter of the open-source community. This support covers a wide range of developers from local, private open-source development groups to international open-source platforms – such as ONAP, OPNFV or FD.io.

OpenDaylight is a collaborative, open-source project, established in 2013. It aims to speed up the adoption of SDN and create a solid foundation for Network Functions Virtualization.

It was founded by global industry leaders, such as Cisco, Ericsson, Intel, IBM, Dell, HP, Red Hat, Microsoft, PANTHEON.tech and open to all.

PANTHEON.tech’s involvement in OpenDaylight goes way back to its beginnings. We have led the way in what an SDN controller is and should aspire to be. This requires dedication, which was proven over the years with an extensive amount of contribution and a successful track record, thanks to our expert developers.

Contact us, if you are interested in our solutions, which are based on, or integrate OpenDaylights framework.